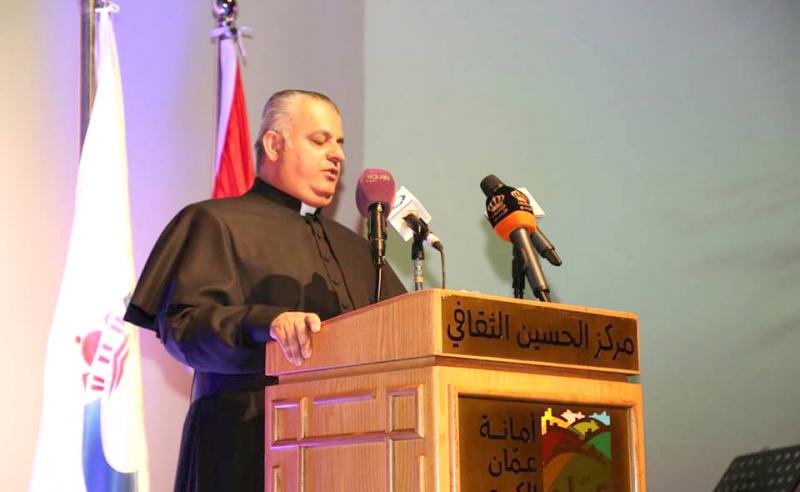 Ave Maria!  I hope you enjoy this article from The Arab Weekly about how the king of Jordan is seeking greater peace and harmony between Christians and Muslims in his country and worldwide.  The Muslims have joined us this year, in Jordan, in celebrating the Feast of the Annunciation.  The Catholic Church organized the event, and numerous Jordanian Muslim dignitaries and public officials attended it.

In a call for peace, love and harmony among religions, known as the Amman Message, Muslims and Christians came together to celebrate the Feast of the Annunciation in Jordan.

Organised by the Catholic Centre for Studies and Media (CCSM), under the patronage of Deputy Prime Minister and Minister of State for Prime Ministry Affairs Jamal Sarayreh, the March 25 event was hailed as a symbol of tolerance and peaceful coexistence.

“The event represents a continuation of the Amman Message, the Common Word Initiative and the World Interfaith Harmony Week. It sends a clear message to the world that religion, with its values of love, can really contribute to peacemaking and stability, as well as to the restoration of cohesion and harmony.”

The Solemnity of the Annunciation is generally celebrated by Christians on March 25. The feast marks the Archangel Gabriel telling the Virgin Mary that she would be the mother of Jesus. The feast has been celebrated since the fifth century.

The Amman celebration this year was attended by government officials, ambassadors, members of parliament, representatives from the Ministry of Awqaf and Islamic Affairs, the Chief Islamic Justice Department, the Iftaa Department and churches in Jordan.

Sarayreh stressed unity among Jordanians of all faiths saying: “Since its establishment, Jordan has built a country based on the values of humanity that we all share.”