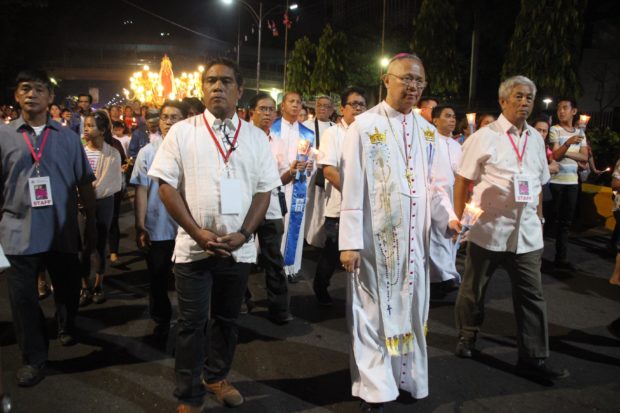 Ave Maria!  In the Philippines, Archbishop Jose Palma led thousands of Catholics in a March for Life with Mary, protesting the government-led slaughter of drug users and dealers in the country.  Since President Rodrigo Duterte began his drug war in June 2016, over 12,000 people have been killed by police and masked gunmen.  Several journalists who wrote about links between police and these unidentified gunmen have also been murdered, and human rights protesters in the Philippines are continually harassed and threatened with murder.  Duterte’s chief political opponent, Senator Leila de Lima, has been imprisoned for over a year on apparently politically motivated drug charges.

Archbishop Jose Palma emphasized that while the Catholic Church supports efforts to end drug-addiction, it stands firmly against the killing.  He sought divine aid through the Virgin Mary’s intercession to protect the family and end all threats to life in the country.

CEBU CITY — Carrying lighted candles while praying the rosary and singing chants, at least 5,000 people joined the dawn procession on Saturday to denounce the series of killings in the country and to seek divine intervention to get rid of all threats against life and family.

The 67-year-old prelate also presided over the Mass at the cathedral to close the event.

In his homily, Palma reminded the people about the sanctity of life, marriage, and family.

He stressed that the Catholic Church supports President Rodrigo Duterte’s campaign against illegal drugs but is concerned about the way it is being carried out.

“We question the manner it is done because of questionable motives and circumstances. This may not be the will of God for them,” he said.

“No man has the right to [end] another’s life. God is the beginning and end of life. Let us protect life from womb to tomb,” he said.

“I hope all threats to life and the series killings will stop because we are all brothers and sisters in Jesus and Mary. The Lord came that we may have life and live it to the full,” he added. 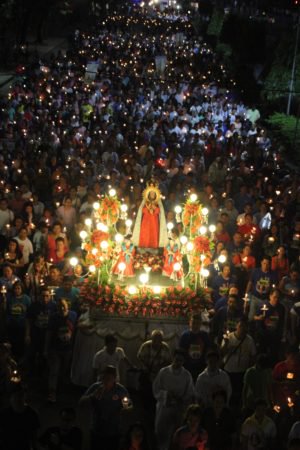