“I Am The Immaculate Conception” 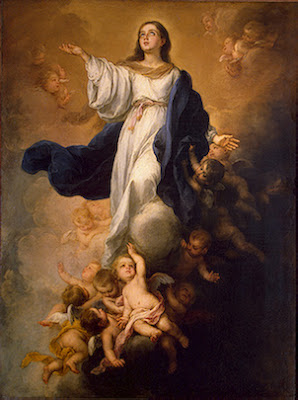 Eternal Love, Spirit of Light and Truth, make a way into my poor mind and allow me to penetrate, as far as it is possible to a wretched creature like myself, into that abyss of grace, of purity, and of holiness, that I may acquire a love of God that is continually renewed, a love of God who, from all eternity planned the greatest of all the masterpieces created by his hands: the Immaculate Virgin Mary.

From all eternity Almighty God took delight in what was to be the most perfect work of his hands, and anticipated this wonderful plan with an outpour­ing of his grace. Man, created innocent, fell by disobeying him; the mark of original sin remained engraved on his fore­head and that of his progeny who will bear its conse­quences until the end of time.

A woman brought ruin, and a woman was to bring salvation. The one, being tempted by a serpent, stamped the mark of sin on the human race; the other was to rise through grace, pure and immacu­late. She would crush the head of the serpent who was helpless before her and who struggled in vain under her heel; for she was conceived without sin, and through her came grace to mankind.

Protected with grace by him who was to be the Savior of mankind that had fallen into sin, she escaped all shadow of evil. She sprang from the mind of God as a pure ray of light, and will shine like a morning star over the human race that turns to her. She will be the sure guide who will direct our steps toward the Divine Sun which is Jesus Christ. He makes her radiant with divine splendor and points to her as our model of purity and sanctity. No creature surpasses her, but all creation defers to her through the grace of him who made her immaculate. He whom she was to carry in her womb was the Son of God participating with the Father and the Holy Spirit in the glory of her conception.

Clothed in light from the moment of her concep­tion, she grew in grace and comeliness. After Almighty God, she is the most perfect of creatures; more pure than the angels; God is indeed well pleased in her, since she most resembles him and is the only worthy repository of his secrets. In the natural order she preceded her Divine Child, Our Lord, but in the divine order Jesus, the Divine Sun, arose before her, and she received from him all grace, all purity, and all beauty.

All is darkness compared to the pure light that renews all creation through him whom she bore in her womb, as the dew on the rose. The Immaculate Conception is the first step in our salvation. Through this singular and unique gift Mary received a profusion of Divine Grace, and through her more.