Trust in the Mother of God 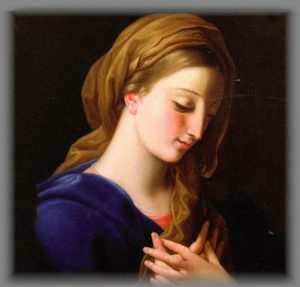 It has always been the habit of Catholics in danger and in troublous times to fly for refuge to Mary and to seek for peace in her maternal goodness, showing that the Catholic Church has always, and with justice, put all her hope and trust in the Mother of God. And truly the Immaculate Virgin, chosen to be the Mother of God and thereby associated with Him in the work of man’s salvation, has a favor and power with her Son greater than any human or angelic creature has ever obtained or ever can gain. And as it is her greatest pleasure to grant her help and comfort to those who seek her, it cannot be doubted that she would deign, and even be anxious, to receive the aspirations of the universal Church.

This devotion, so great and so confident, to the august Queen of Heaven, has never shown forth with such brilliancy as when the militant Church of God has seemed to be endangered by the violence of heresy spread abroad, or by an intolerable moral corruption, or by the attacks of powerful enemies. Ancient and modern history and the more sacred annals of the Church bear witness to public and private supplications addressed to the Mother of God to the help she has granted in return, and to the peace and tranquility which she had obtained from God. Hence her illustrious titles of Helper, Consoler, Mighty in war, Victorious, and Peace-giver. And amongst these is specially to be commemorated that familiar title derived from the Rosary by which the signal benefits she has gained for the whole of Christianson have been solemnly perpetuated…

We believe it to be part of the designs of Providence that in these times of trial for the Church, the ancient devotion to the august Virgin should live in flourish amid the greatest part of the Christian world.