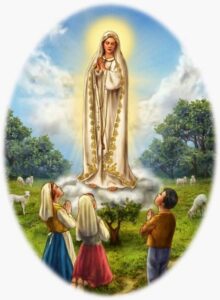 John Haffert did a wonderful job of writing about the apparitions and messages of Our Lady at Fatima and the history of the events.

He begins in Part One:

“Fatima is one of the greatest signs of the times in the 20th century because it announces many of the later events, and conditions them on the response to its appeals,” said the Pope in his Fatima letter of October 13, 1991 (L’Osservatore Romano, October 24, 1991). His Holiness said the greatness of Fatima lies not so much in the miracle, but that it offers the specific response necessary to save mankind from self-destruction….

The rest can be read here