When Christ Rested in Mary 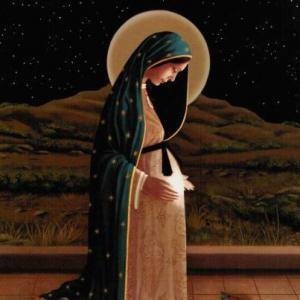 This was a foreshadowing of what the Incarnation would mean for us; for in us, too, Christ rests as He rested in Mary. From the moment when the Christ-life is conceived in us, our life is intended for one thing, the expression of His love, His love for God and for the world.

The same thing occurs when, allowing the infant Christ to rest in us, we wait patiently on His own timing of His growth in us, and give Him just what He asks, the extremely simple things that are ourselves – our hands and feet, our eyes and ears, our words, our thoughts, our love. Not only does He grow in us, but we are formed into Him.