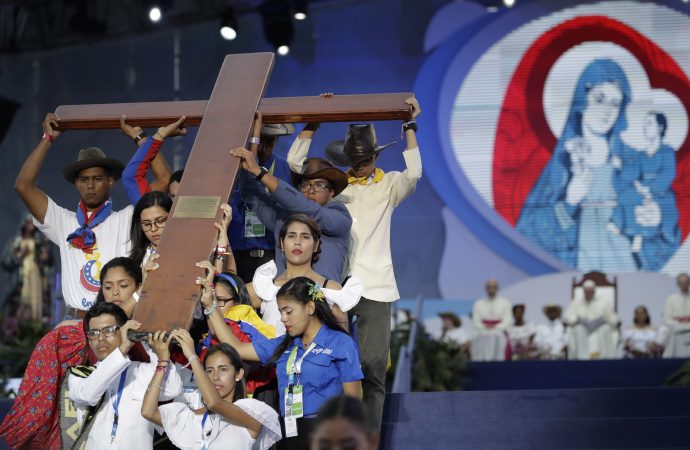 PANAMA CITY – Victims of violence, abuse, abortion, terrorism, natural disasters, human trafficking, forced migration and “many other signs of death and loneliness” were at the core of a Way of the Cross meditation led by Pope Francis on Friday in Panama’s coastal beltway with the ocean as the backdrop.In the face of such suffering, the pontiff held up the example of Mary.

“In Mary, we learn the strength to be able to say ‘yes’ to those who have refused to remain silent in the face of a culture of mistreatment and abuse, disparagement and aggression, and who work to provide opportunities and to create an atmosphere of safety and protection,” Francis said.

“In Mary, we learn how to welcome and take in all those abandoned, and forced to leave or lose their land, their roots, their families and their work,” he continued. “Like Mary, we want to be a Church that fosters a culture that welcomes, protects, promotes and integrates; that does not stigmatize, much less indulge in a senseless and irresponsible condemnation of every immigrant as a threat to society.”

Source: Pope says Mary’s the antidote to ‘culture of mistreatment and abuse’