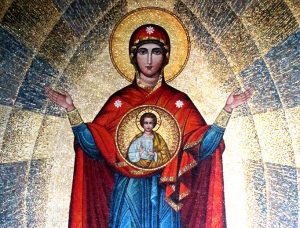 God delights to honor His saints by bestowing upon them special graces which mark them off from the rest of mankind.  To one He gives a burning zeal for souls; to another the thirst for suffering and humiliation, but on Mary alone He bestowed the supreme privilege of freedom from the taint of sin.

From the first moment of her conception until she closed her eyes forever on this world, Mary was        undefiled, unspotted by the least taint of sin. Never for an instant did the fierce and fiery burst of          temptation ruffle the calm of her holy soul; for her the forbidden pleasures of this life, for which man will barter his priceless soul, had no false attraction. Sin might rage around her, hell might move it mighty depth, but nought could tarnish the spotless beauty of her who was to be the Mother of God.