St. Lawrence Brindisi on Our Lady 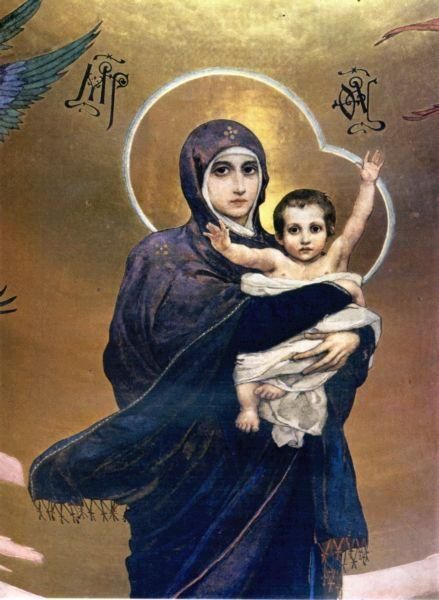 “How noble did Mary appear in the heaven of the Divine Plan! A great sign appeared in heaven: a woman clothed with the sun. No more brilliant or splendid figure can be created by the mind of mortal man. Mary was not merely predestined for grace and glory with the holy angels and the elect of God and chosen for the greatest measure of grace and glory after Christ. She was also selected to fill the role of Mother of God, for she indeed is the Godbearer, the truly natural Mother of the Only-Begotten Son of God. She was the predestined Mother of Christ, having been predestined before all creatures, together with Christ, the firstborn of every creature. For Christ had been predestined to be the Son of Mary, just as Mary had been predestined to be the Mother of Christ. The light of the sun reflects the dignity of motherhood, which God had ordained for her. With a radiance surpassing that of the moon, her position above the moon signifies the excellence of her grace. The crown of stars bespeaks the dignity of her special glory. For to these three things had Mary been predestined: motherhood, grace, and glory. What a truly noble act of predestination, a selection so unique and ineffable that words cannot express it aptly!”