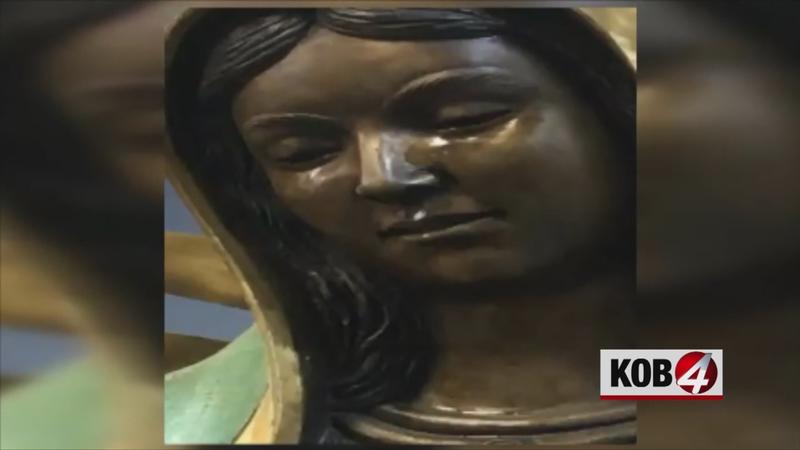 Ave Maria!  A story that’s hitting quite a few headlines is the weeping statue of the Virgin Mary at Hobbs, New Mexico.  Hundreds of people gather to watch as the statue weeps tears that smell like flowers.  News agents contacted the company that built it, and they said nothing like this had happened with any of their statues before, and it was inexplicable to them from a technical point of view.  The Catholic Church has decided to launch an investigation.

During Sunday mass, parishioners at the Our Lady of Guadalupe Catholic Church said a miracle took place. A statue of the Virgin Mary facing the crowd is said to have started crying.

“On the day it happened, I sat down with my husband. I looked at the Virgin [Mary], and I asked him if the Virgin [Mary] had tears. And he told me no, I said the eyes of the Virgin weren’t like that,” said Laura Cisneros, the secretary at the church.

Cisneros said her husband dismissed it and said it must’ve been the glare from the light. After mass, they went up to the statue and said a puddle of an oil-like substance had formed on the floor below the statue. Another person wiped off the tears and Cisneros said more tears appeared.

The substance had a distinctive smell.

“And when you smell it, it gives a scent of flowers, like it’s an essence that’s so sweet and smells really good. And it reminds us of our Virgin (Mary),” Cisneros said.

Some who heard of the miracle paid a visit but still haven’t decided what to believe. Deacon Jim Winder, the vice chancellor of the Diocese of Las Cruces, said when phenomenon occur, they are not taken at face value by the Catholic Church.

“We try to take a scientific skepticism,” he said. “You can’t prove a miracle, but you can disprove all other explanations.” Winder said a team from the Diocese will take a closer look into the statue. On Thursday, the church will be closed from 11 a.m. to 4 p.m. while the investigation is taking place.