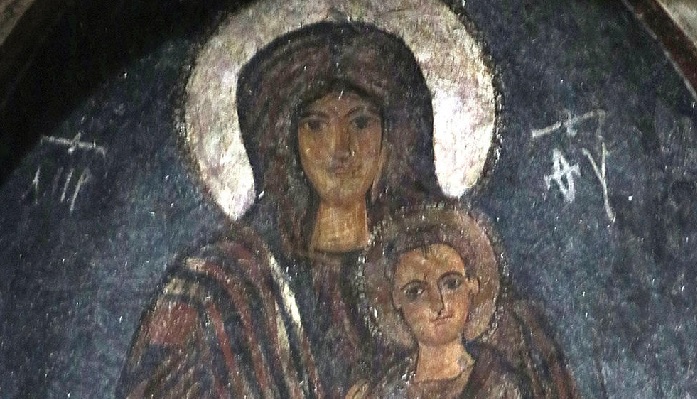 Ave Maria!  A beautiful, ancient fresco of the Virgin Mary from Turkey has scientists scratching their heads and debating with one another.  It’s incredibly unusual to see the Virgin Mary smiling in one of these old frescoes.  Is it a restoration gone wrong, or has it always been that way?

Scientists are debating if a fresco depicting a smiling Virgin Mary in the Gumusler Monastery in Turkey is original or the result of a restoration gone wrong.

Carved into a large rock mass in the Cappadocia region, the monastery is believed to have been constructed sometime during the Byzantine era between the 8th and 12th centuries.

The most important part of the monastery is the church in the northern part. It is thought that at least three different masters worked on all the church wall paintings.

In the main section, paintings of Jesus on the throne, two angels, symbols of apostles, the Virgin Mary, the Great Basileios of Kayseri, Gregorios of Nysa and Gregorios of Nazians can be seen.But the monastery is best known for the Smiling Virgin Mary fresco, known to be the only one in Anatolia. 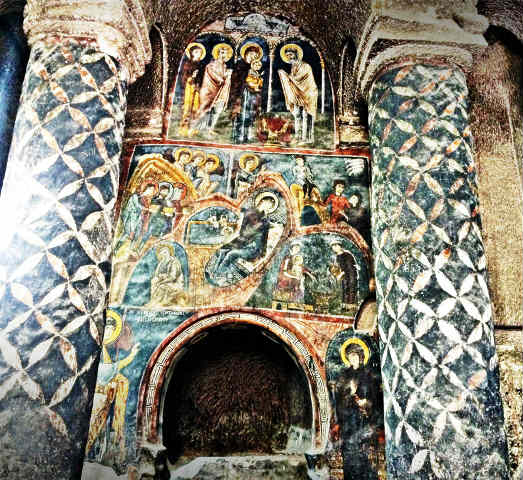