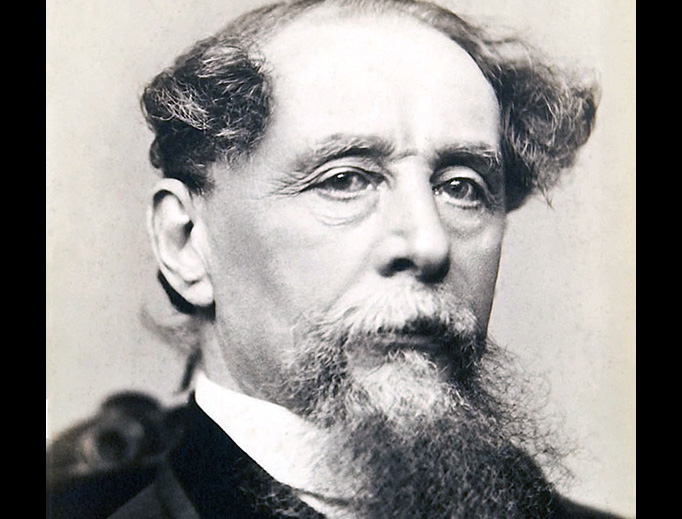 Ave Maria!  I greatly enjoyed this little article about Charles Dickens and Catholicism, and an apparent encounter he had with the Blessed Virgin Mary.  I expect you will, too.

One night in 1844, a year after he published A Christmas Carol, while vacationing in Italy, Dickens woke to see an apparition at the foot of his bed?

A woman dressed in blue. He wrote to his friend describing her as looking like “the Madonna might in a picture by Raphael.”

The spirit was silent but stared at him with an otherworldly love in her eyes.

Dickens later wrote to his biographer and friend John Forster (April 2, 1812 – Feb. 2, 1876), the following description of that fateful evening in the author’s own words:

Let me tell you of a curious dream I had, last Monday night; and of the fragments of reality I can collect; which helped to make it up… In an indistinct place, which was quite sublime in its indistinctness, I was visited by a Spirit.

I could not make out the face, nor do I recollect that I desired to do so. It wore a blue drapery, as the Madonna might in a picture by Raphael; and bore no resemblance to any one I have known except in stature… It was so full of compassion and sorrow for me… that it cut me to the heart; and I said, sobbing, ‘Oh! give me some token that you have really visited me!

…’‘Answer me one… question!’ I said, in an agony of entreaty lest it should leave me. ‘What is the True religion?’ As it paused a moment without replying, I said – Good God in such an agony of haste, lest it should go away! – ’You think, as I do, that the Form of religion does not so greatly matter, if we try to do good?’

‘Or,’ I said, observing that it still hesitated, and was moved with the greatest compassion for me, ‘perhaps the Roman Catholic is the best? perhaps it makes one think of God oftener, and believe in Him more steadily?’

‘For you,’ said the Spirit, full of such heavenly tenderness for me, that I felt as if my heart would break; ‘for you it is the best!’

Then I awoke, with the tears running down my face, and myself in exactly the condition of the dream. It was just dawn.