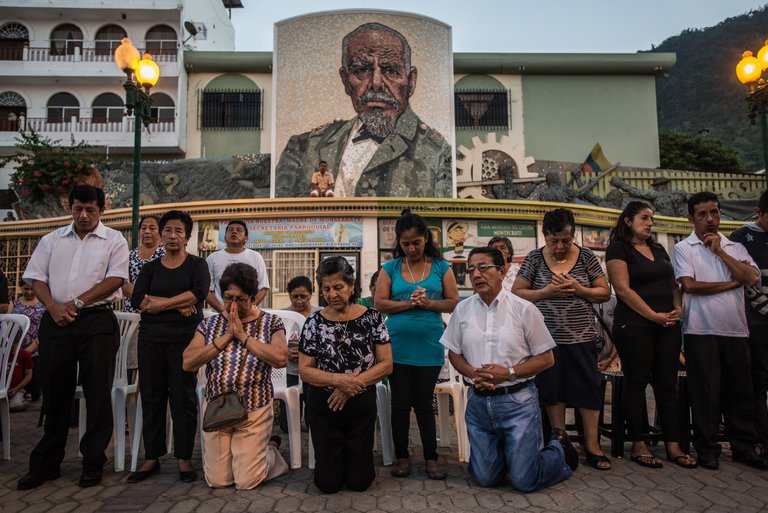 Ave Maria!  This beautiful story from the New York Times explains how the traditionally acclaimed miraculous statue of Our Mother of Monserrate is serving as a beacon of hope for the people of Ecuador following a 7.8 magnitude earthquake.

The earth shook and the steeple fell, taking most of the bell tower with it. A white facade gave way, leaving the pews open to the street.

But amid the wreckage at the basilica, one object remained untouched: Our Mother of Monserrate, the statue of the Virgin Mary for which the church was named.

Dressed in gold robes and wearing a tiny crown, she is only about three feet tall. But the statue, which landed on these shores from Spain in the 16th century, has long played an outsize role in the history of Montecristi.

She survived bombardment by pirates and became a rallying point for Catholics when a secular government expelled priests generations later. Every November, hundreds of thousands of pilgrims trek from across Ecuador for nine days of festivities in her honor.

Now, after a 7.8-magnitude earthquake upended the nation last weekend, the survival of Our Mother of Monserrate has become a symbol of the persistence of this hillside town.