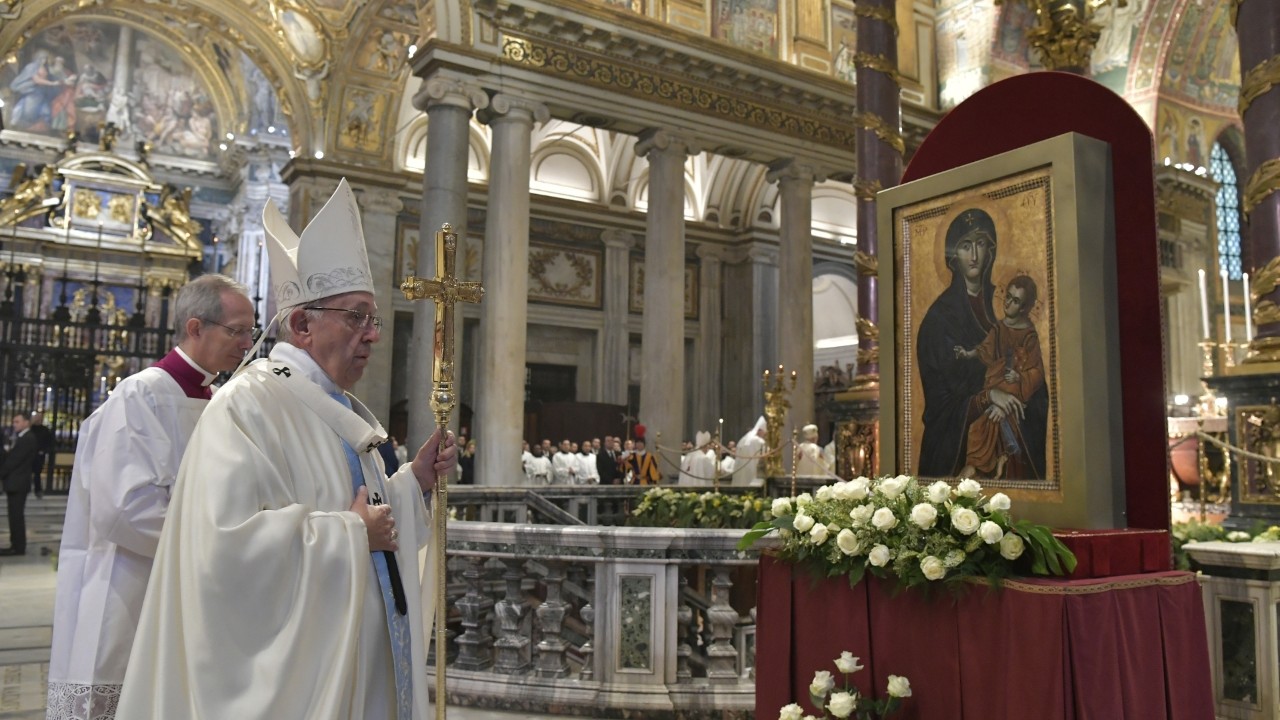 Ave Maria!  In an act of Marian devotion, Pope Francis has put the Memorial of Mary, Mother of the Church, into the Roman Calendar, requiring that it be celebrated in the Church’s liturgy worldwide.  This memorial has historically been celebrated only by various religious orders, by St. Peter’s Basilica, and by the Church in Argentina and Poland, because they had requested and obtained permission to celebrate it from the Holy See.

Pope Francis has decreed that the ancient devotion to the Blessed Virgin Mary, under the title of Mother of the Church, be inserted into the Roman Calendar.

The liturgical celebration, B. Mariæ Virginis, Ecclesiæ Matris, will be celebrated annually as a Memorial on the day after Pentecost.

In a decree released on Saturday by the Congregation for Divine Worship and the Discipline of the Sacraments, Cardinal Robert Sarah, its Prefect, said the Pope’s decision took account of the tradition surrounding the devotion to Mary as Mother of the Church.

He said the Holy Father wishes to promote this devotion in order to “encourage the growth of the maternal sense of the Church in the pastors, religious and faithful, as well as a growth of genuine Marian piety”.