Our Lady at the Foot of the Cross 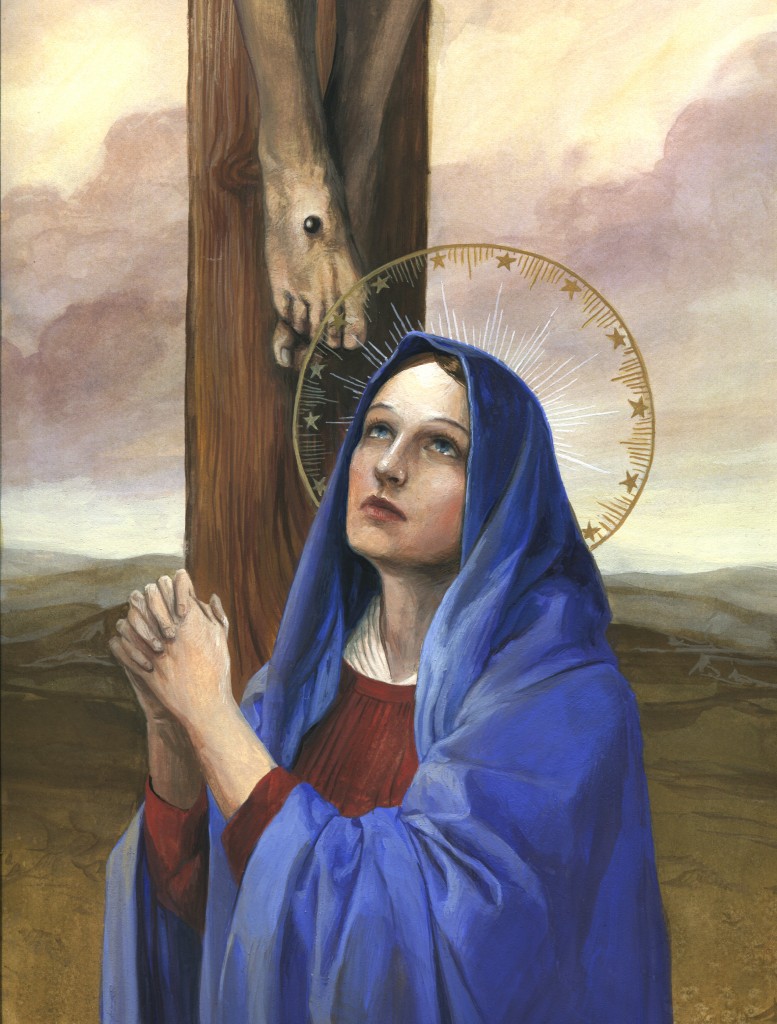 Mary endures the greatest of suffering at the foot of the Cross: the death of her Son. Normally a mother dies before her son; such is the normal course. It is normal for a son to be at his dying mother’s side. It is difficult, but normal. However a mother present beside her suffering and dying son is not normal. It is violent (all that is not normal is violent). It is something horrible for a mother.

At the Cross Mary dies in her heart as Mother. If she remains standing, it is because she discovers, beyond Christ’s humanity, the Word in the bosom of the Father. She discovers that, in love, everything remains, everything lasts. She contemplates the victory of love. And love’s victory enables her to remain standing and to live the mystery of the Cross in unison with Christ’s Heart, in unison with Him who is the Resurrection.
The mystery of the Cross is intolerable considered from without–which is why it is intolerable for the large number of Christians who consider it as such. If considered from within, one discovers the Cross as the victory of love and as a means. The Cross is not a stopping point. The Cross is a passageway, it is a Passover. The Cross is God’s true “passage”.
But one does not abide in the Cross; one abides in love. Abiding in suffering is bad. One does not abide in suffering, but in love. And because one abides in love, one assumes suffering; one assumes the cross. It is important to have a good understanding of this. The cross is unbearable if viewed from the outside. The cross is viewed in the light of faith, that is, from the inside, as God himself views it.
+Fr. Marie-Dominque Phillipe, O.P