St. Clare: a Light through the Centuries 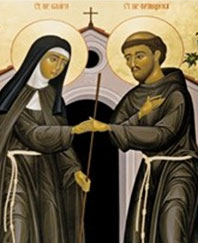 Toward the end of her life, when she was too ill to attend Mass, an image of the service would display on the wall of her cell; thus her patronage of television.