Whispers in the Loggia: Of Homecomings… and Hat Parades

By apostolateNovember 30, 2010From the Web, News
One Comment
Ave Maria! For a predominantly Buddhist country Sri Lanka sure puts us to shame in honoring the grand dignity of its highest ranking Church members: 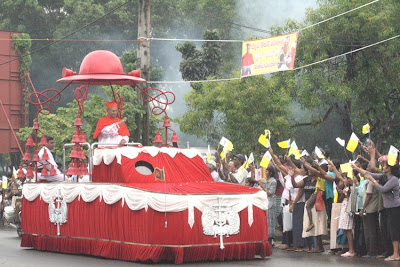 With Consistory Week now in the books, the newest far-flung members of the College of Cardinals have returned home. Yet even if the galero hasn’t been conferred during the elevation rites since 1965, that didn’t keep Sri Lanka from rolling out a record-sized one as the second Roman “prince” in its history, Colombo’s Cardinal Malcolm Ranjith, arrived back on Saturday… more via Whispers in the Loggia: Of Homecomings… and Hat Parades. 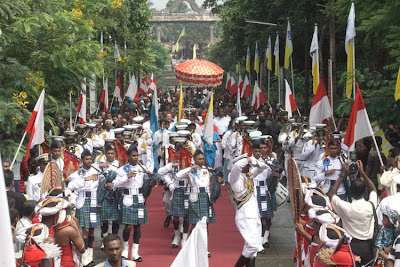