That sin against the Holy Spirit

In this day and age we find many sorts of sins and evils not just being done openly with impunity but that they are promoted and legalized and even being forced upon society with penalties looming for those not accepting them.  So far it is called ‘tolerance’ and so many, even good people, are just told ‘do not judge’ as if judging and being intolerant of evil are themselves the sin. Not so!  We are called to judge what is sin, what is right and what is evil. We are to use our conscience to discern these things. So many want the ‘right’ to persist in sin!  They are blinded to the eternal consequences.  Let us pray for the Light of Christ to shine everywhere with ever greater intensity. 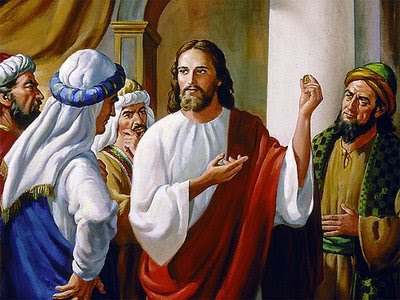 THE SIN AGAINST THE HOLY SPIRIT

Being open to divine mercy.

There is a passage in the Gospel of  St Luke  (12:9-11) that brings to our attention some remarkably strong words of Our Lord: “And every one who speaks against the Son of man will be forgiven; but he who blasphemes against the Holy Spirit will not be forgiven”.  St Mark, too, reports the Lord as saying that this blasphemy never has forgiveness and that one who offends in this way is guilty of an eternal sin.

St Matthew in his turn quotes these solemn words of Christ in a context that allows for a better understanding of their import.  He relates that the people were astonished at Christ’s miracles, so much so that they wondered: “Can this be the Son of David?”  Yet the Pharisees would not submit to the evidence of the many miracles performed before their very eyes. Their only explanation was to attribute Christ’s amazing signs, his divine works, to the agency of the devil. Such was the hardness of their hearts that they would not accept the obvious. It is only by Beelzebub, the prince of demons, they said, that this man casts out demons. Precisely here do we find the unpardonable nature of the blasphemy against the Holy Spirit. They exclude the sources of pardon itself. All sins can be forgiven, no matter how grave they might be. This is because God’s mercy is infinite. What is required that they be forgiven, of course, is that the sinner recog­nize his sin as sin and believe in the mercy of the Lord The hardness of the Pharisee’s hearts would certainly impede the powerful effect of divine grace.

Jesus designates this attitude as sin against the Holy Spirit. It is unpardonable not because of its gravity and malice but for the closed disposition of the will against God. He who sins in this way deliberately places himself outside the scope of divine pardon. Pope John Paul II warns of the seriousness of this attitude towards grace. Blasphemy against the Holy Spirit, then, is the sin committed by the person who claims to have a ‘right’ to persist in evil- in any sin at all – and who thus rejects redemption. One closes oneself up in sin, thus mak­ing impossible one’s conversion, and consequently the remission of sins, which one considers not essential or not important for one’s life.

Today let us ask the Lord for a radical sincerity and true humility so that we may face up to our faults and sins. We pray that we may not become accustomed to our fail­ings, even in the area of venial sin. We should go to Jesus right away for pardon and for the life-giving action of the Holy Spirit. We should ask Our Lady for that holy fear of God so that we never lose our sense of sin and the neces­sary awareness of our weaknesses. When our vision is clouded, when our eyes have lost their clarity, we need to go to the light. And Jesus Christ has told us that he is the light of the world and that he has come to heal the sick.

United to Christ, we will grasp the horror of sin. Discrimination and sensitivity of conscience.

Today many have lost or are losing their sense of sin. Consequently, they are losing their sense of God. Unna­tural behavior contrary to divine law is now treated as the normal course of things in films, on television, in the press … occasionally people deplore the visible sad conse­quences of this behavior as it affects individuals and society, but without reference being made to the Creator.

At other times, such ‘lifestyles’ are ‘aired out’ to attract public curiosity though without any attempt to treat the subject on a moral plane. Marital infidelity, scandal, defa­mation, divorce, lying, cheating … There is no shortage of those, including many so-called Christians, who enjoy the drama of such highly-publicized situations, examining them with care, interviewing the protagonists, avidly fol­lowing their adventures … It seems as if people will do anything but call these actions by their name. In any event, what is wholly forgotten here is the most important factor: what it means to God, to him who gives true meaning to everything human. Some people choose to judge according to principles which leave no room for God, as if He never existed at all or doesn’t play any role in our lives. Ours is by now a truly paganized environment. It has a lot in common with the world of the first Christians, which they transformed just as we have to transform ours.

We will feel the weight of our sins when we see them as offences against God. Sin separates us from God. It makes our soul incapable of listening to the Paraclete, the Holy Spirit. We may even reach that point of insensitivity described by St Augustine: There are those who have committed certain kinds of sins, sins without human vic­tims, which they say are no sins at all. What a gift it is to know the weight of our sins! This knowledge leads us to make many acts of contrition, to desire frequent Confes­sion, to pray for union with God. St John of Avila taught: If you are not feeling dejected because of your sin, then you still don’t realize what it is you have done. Sin weighs on us; sin weighs far more than I can imagine. What then, is sin? It is an unresolvable debt, an unbearable burden which weighs more than anything. The Saint later reiterates: If there can be no heavier burden than this, when don’t we feel the weight of it? It is because we have no appreciation of the goodness of God.

It was in the miraculous catch of fish that St Peter discovered the divinity of Christ and his own smallness. Look at his response: He fell down at Jesus’ knees, saying, ‘Depart from me, for I am a sinful man, 0 Lord’. He besought the Lord to leave him because of his sinfulness. At the same time his eyes and his whole atti­tude implored the Lord to stay with him forever.

The filthiness of sins requires a point of reference. That standard is the holiness of God. The Christian can perceive a lack of love in himself once he becomes fully aware of the love of Christ. Otherwise, it will be an easy matter for him to justify his weaknesses. Peter had a pro­found love for Jesus. He knew how to repent for his denials. He would do it making an act of love. Perhaps we have used this prayer to express our own contrition: Lord, you know all things, you know that I love you. We will appeal to the Lord with this act of love whenever we have been unfaith­ful. Contrition gives strength to the soul. It also imparts hope and a better sensitivity to God.

Let us ask Our Mother Mary, herself so docile to the motions of the Holy Spirit, to teach us to develop a deli­cate and discriminating conscience. Let us resolve not to become complacently accustomed to the wrong we do. We have to react promptly against even the smallest deliberate venial sin.