As a grand finale to the symposium on the Motu Proprio a Traditional Mass was celebrated last Sunday by Archbishop Raymond Burke at St. Peter’s Basilica, Vatican City in the Blessed Sacrament Chapel. The Mass was the first celebrated at St. Peters according to the pre-Vatican II rubrics in over forty years and had an overflow crowd for the congregation. The three day symposium was held October 16-18  entitled The Motu Proprio Summorum Pontificum by Benedict XVI: A Great Gift for the Whole Church, organized by Fr. Vincenzo Nuara, O.P. founder of  Giovani e Tradizione (Youth and Tradition) hundreds of clergy and religious attended and the speakers were leaders in the various groups associated with Traditional Mass, including our founder Fr. Stefano Manelli.   Below are several pictures: From New Liturgical Movement and Rinascimento Sacro from their list of official images.

Entrance Procession. Fra Anthony from America (with a beard) is visible a little right from the center. 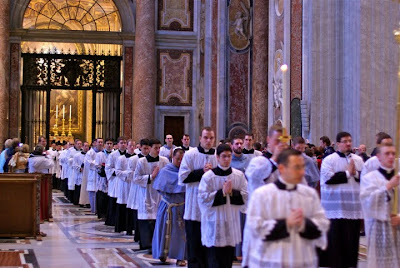 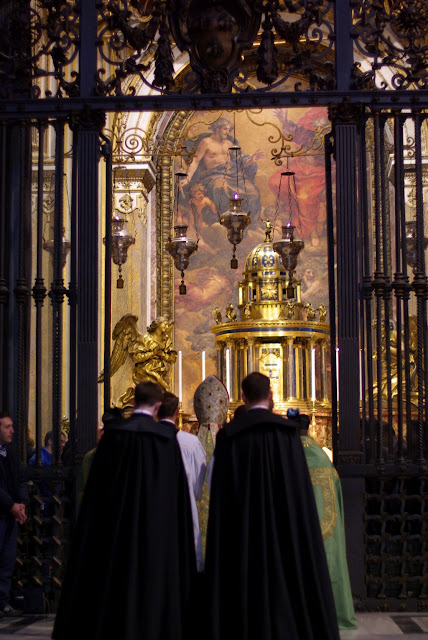 Our Sisters and Friars Provided the Gregorian Chant. In the front row in the choir are two Americans: Fra Ephraim and Fra Pio Maximilian as well as Fra Bernard from South Africa who spent his Postulancy and Novitiate in the US: 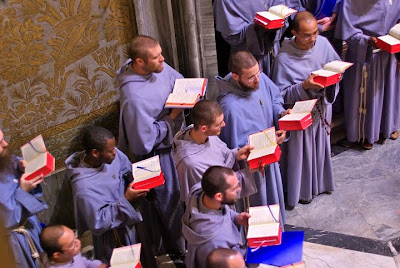 FI Sisters in the choir. Image from Dr Robert Moynahan and Inside the Vatican:

In these videos uploaded by John Sonnen and taken by Mr. Jan Bentz you can hear the Gregorian Chant of the FI’s: 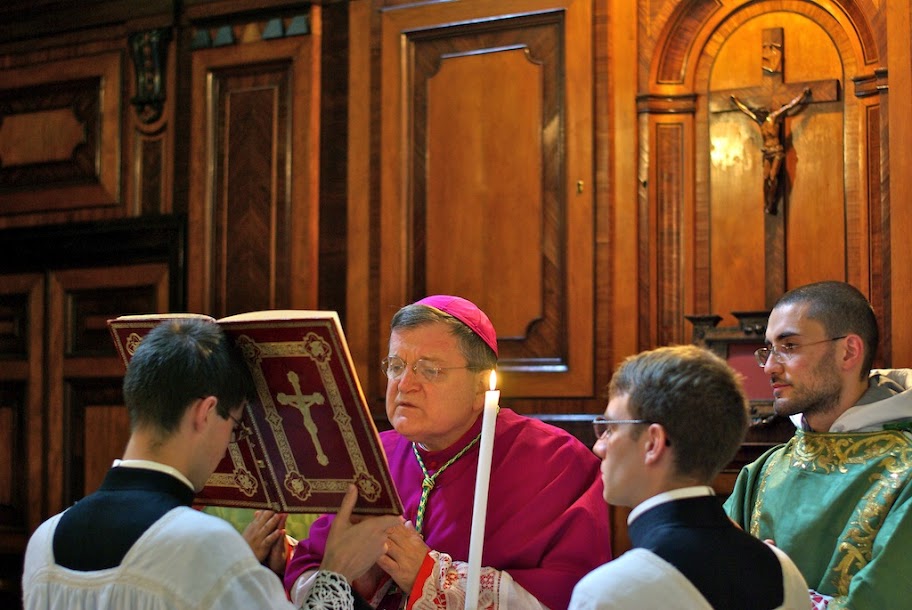 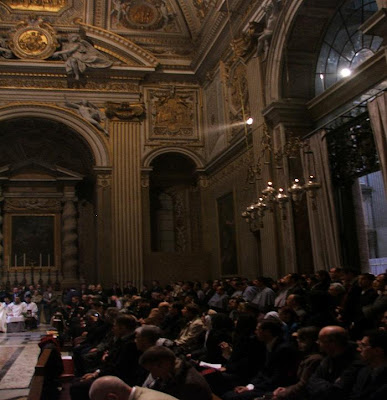 –
Also from John Sonnen: Another FI among the clerics 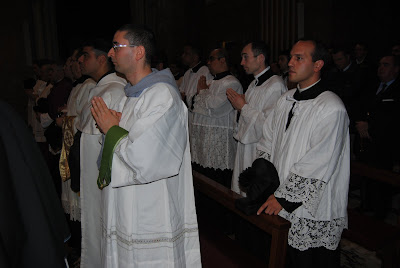 –
An FI Friar (as sub-deacon) leads the celebrant, Abp. Burke: 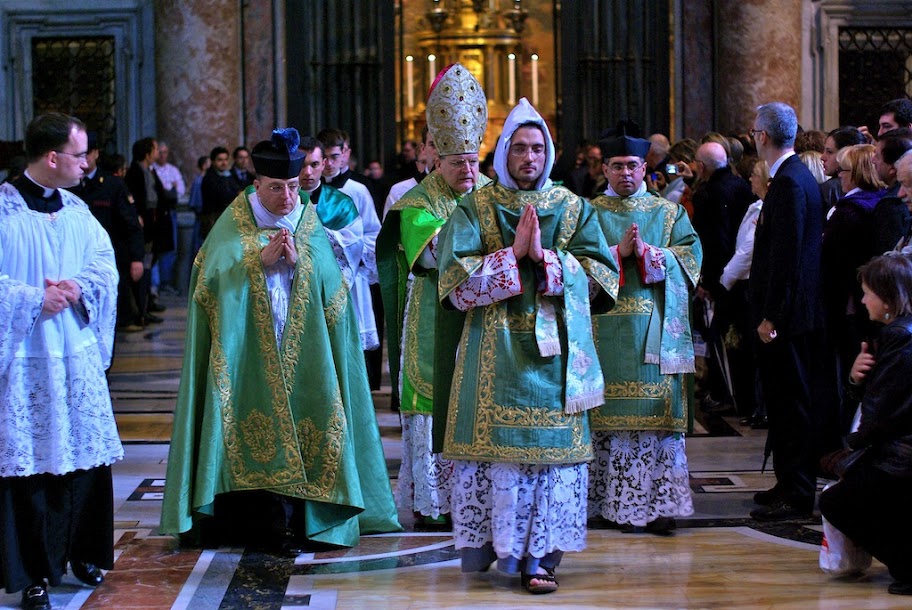 –
And finally a Papal Blessing after the Angelus: 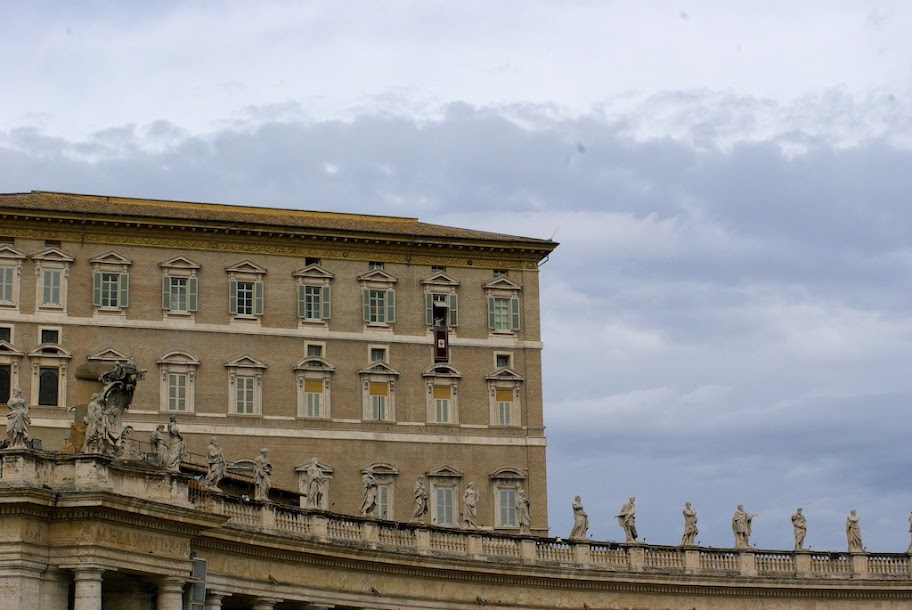