Answered prayer: The Powerful Tears of a Mother 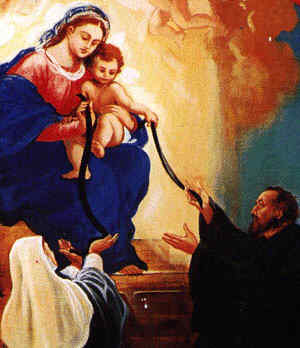 The great bishop of Milan, St. Ambrose, knowing of her prayers and tears for her son, told St.Monica that “it is impossible that the son of so many tears should perish.”

Bishop Ambrose of Milan, was right. At the age of 35, Monica’s son, Augustine, became a Christian and was baptized, along with his son, Adeodatus, by Ambrose. A few months later, on the way home to Hippo with Augustine and Adeodatus, Monica fell ill and died.

Monica could not have known that her prayers and devotion would affect not only the life of her son but also the course of history. Her concern was that her son believe “the truth which is in Jesus.”

This devotion to the spiritual welfare of her son is why Monica is regarded as the model for all Christian mothers.

When death was approaching and seeing her son?s grief, St. Monica told him, ?Bury my body wherever you will; let not care of it cause you any concern. ONE THING ONLY I ASK OF YOU: THAT YOU REMEMBER ME AT THE ALTAR OF THE LORD WHEREVER YOU MAY BE.?

St. Monica (333-387) was born in Tagaste, northern Africa and died in Ostia, near Rome. Monica was a Christian, but her husband Patricius was a pagan and a man of loose morals. Monica’s virtues and prayers, however, converted him, and he was baptized a year before his death. When her son, Augustine, joined the Manichean sect and went astray in faith and morals, Monica’s tears and prayers for her son were incessant. She followed him to Milan, where Augustine went to teach, and there continued to storm heaven with her prayers for her son. Finally, she had the joy of witnessing St. Ambrose baptize Augustine in 387. She died in Ostia, as she and her son gazed at the sea and discoursed about the joys of the blessed.? Augustine would become a priest, bishop and one of hte greatest Doctors and Saints of the Catholic Church.

Collect: God of mercy, comfort those in sorrow, the tears of Saint Monica moved you to convert her son Saint Augustine to the faith of Christ. By their prayers, help us to turn from our sins and to find your loving forgiveness. Grant this through our Lord Jesus Christ, your Son, who lives and reigns with you and the Holy Spirit, one God, for ever and ever. Amen.