The Good News on the Culture Wars 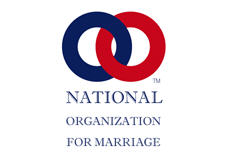 Yes, Fr. Angelo did give a bit of bad news yesterday, that Quark Express founder Tim Gill is well funded and using a clever strategy to attack marriage, a chilling wake-up call indeed,?but?Fr. Angelo?also gives us the good news and how to take action:?here and here?on his vlog Mary Victrix. The?good news is the?National Organization for Marriage?(NOM) which was founded and is headed?by Brian Brown who is a fellow Knight of Lepanto and is using the very same strategy as Tim Gill, supporting key local battles throughout the nation. As many of us know the current key battles are in the North East?in Rhode Island, Massachusetts, Connecticut?and New Jersey. Here is a Massachusetts’s billboard funded by NOM to let people know that a local politician failed to support his pro-marriage constituents in a key vote.

Certainly, Tim Gill is better funded, but that is just a matter of?donations.